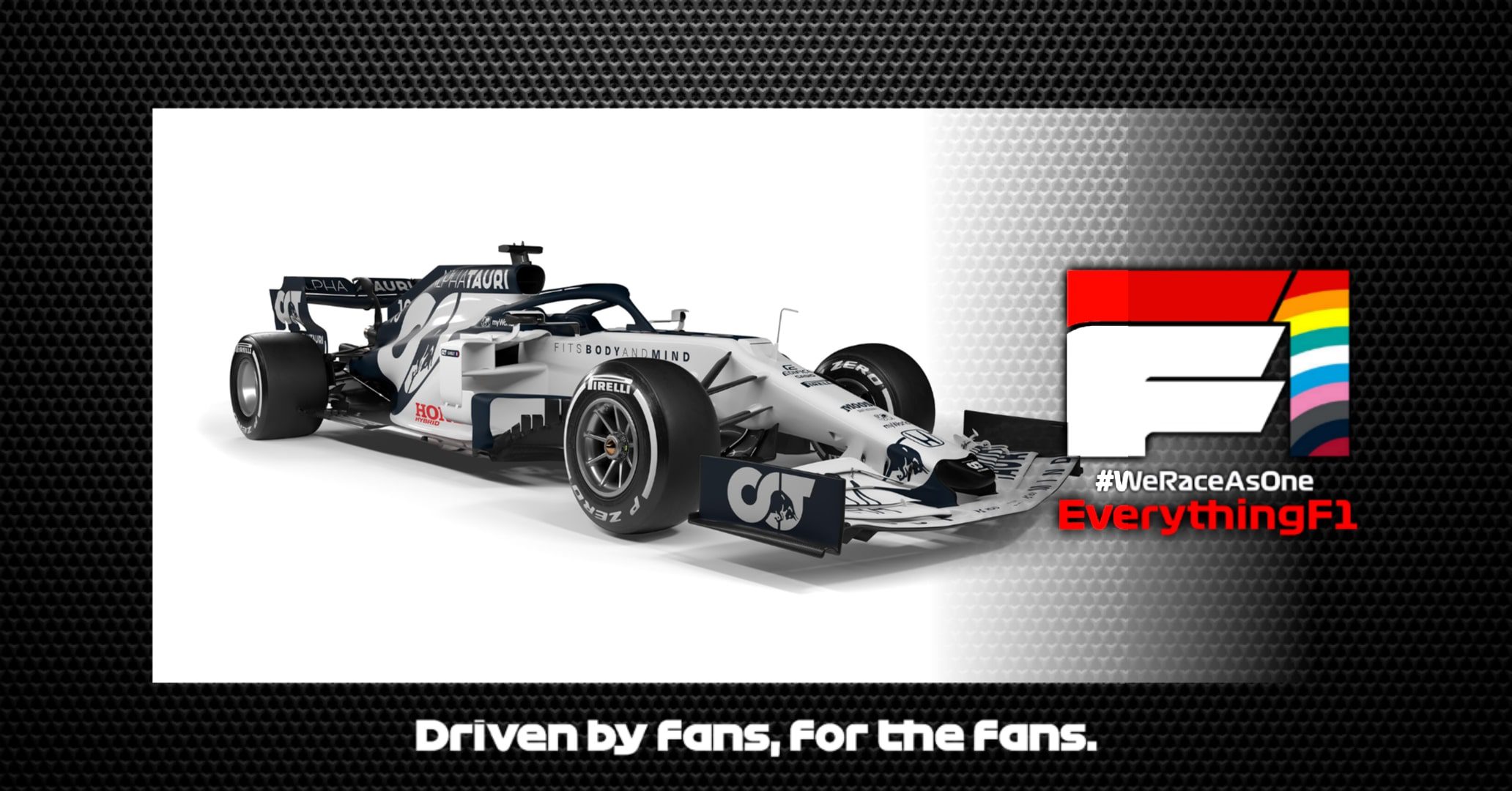 Toro Rosso has left the building… Well not quite. The Redbull B-Team have been known as Toro Rosso since they were bought by the drinks company.

That is until Now ……

Please may I present to you …. Scuderia Alpha Tauri Honda….

The reason for the name change is not due to a new owner or investor, its due to the fact that Redbull have a new fashion brand called …. yup you guessed it …. Alpha Tauri.

2019 started with Alex Albon and Daniil Kvyat. Daniil has his second chance at his F1 career with Redbull/Toro Rosso.

Daniil was promoted to the Toro Rosso F1 seat in 2014, picked ahead of Antonio Felix da Costa and Carlos Sainz Jnr. for the vacant seat left by Daniel Riccardo’s move to Redbull.

His performances were solid in the Toro Rosso, so much so he was given the nod for the seat at Red Bull alongside Daniel Riccardo after Sebastian Vettel moved over to Ferrari.

2015 was a good year for Kvyat, out scoring his team mate Riccardo and scoring a second at Hungary behind the Ferrari of Vettel. Due to the solid performances his services were retained in 2016.

Daniil could not sustain consistent performances throughout the season. The Russian GP was probably the worst race of the Redbull drivers career. Daniil missed his breaking point heading into turn 1 causing a collision with Vettel, triggering a multi car accident that spoilt the race for Redbull stable mates Riccardo and Sainz. He then hit Vettel again at turn 4 ending the Ferrari driver’s race and earning himself the nickname Torpedo.

Only a few days after the disastrous home race, Kvyat was demoted back to Toro Rosso, with Max Verstappen heading in the other direction. The rest of season was hard for Daniil, who was now driving a less competitive car and a young team mate that had been driving it for the whole season.

The downward spiral for Kvyat continued in 2017, Sainz in the other Toro Rosso regularly out scored the Russian driver, Redbull dropped him with 6 races to go in the season.

As a result of Redbull dropping him, Daniil was Ferrari’s sim driver for the 2018 season.

The Return of the Torpedo

The ripple effects of Daniel Riccardo’s surprise move to Renault for the 2019 season was felt deep within the Redbull ranks. Pierre Gasly was promoted to the newly vacated seat at Redbull, leaving a space at Toro Rosso. The other seat at Toro Rosso was also vacated as Redbull decided not to retain Brandon Hartley, who’s experience with endurance racing was not enough to keep him in his F1 seat.

Alex Albon had a very strange season in 2019. He was not able to secure a seat with an F1 team and had decided to try his hand at Formula E, signing for Nissan e-dams along side Sebastian Buemi. Before the Formula E season started Toro Rosso called and offered him a drive with them of the 2019 season.

Albon’s Season with Toro Rosso started of well with solid performances, retiring from only 1 race in 2019. His consistent driving and calm demeanour did not go unnoticed with Redbull, who were struggling with the underperforming Pierre Gasly.

They eventually decided to make the move promoting Alex to the Redbull seat to partner Max Verstappen for the remainder of the season.

Toro Rosso had a solid season with 3 drivers, Gasly, Albon and Kvyat. Although they couldn’t quite manage to get to the heights of best of the rest, they were consistent and importantly reliable. Honda had worked through their own reliability issues to provide a Power Unit that could compete with Mercedes, Renault and Ferrari.

The biggest highlights for the team came at 2 different races, the first at the rain effected German GP at Hockenheim, with good strategy and a good bit of luck Kvyat finished 3rd. It capped off a great weekend for Daniil,who became a father for the first time during the race weekend.

The other, and probably one of the most emotional moments in F1, happened in Brazil when Pierre Gasly crossed the line to finished in an amazing 2nd place. Hearing the screams over the radio was just pure emotion, you couldn’t help but feel for the French driver.

What do we expect from Alpha Tauri in 2020? In all honesty more of the same as 2019. They have always been a team that are well ran and tick along quite nicely, they do exactly what Redbull expect of a “B-Team” bleed in the rookies for a shot at the big seat. The 2020 car or AT01 with its striking new look and 2 consistent drivers will be looking to add to last years podiums.

The unique situation that 2020 has presented us with could benefit a team like Alpha Tauri, with a solid driver lineup and a Honda power unit that is now a proven race winner, we could see some good points, with the odd podium a possibility. The only question is the aero and chassis of the AT01 has it developed to keep up?

EverythingF1
Follow on Instagram
Driven by fans, for the fans! An F1 community with character! News, podcast, videos, memes, competitions and more. www.facebook.com/joinEF1 http://www.everythingf1.com/
We use cookies to ensure that we give you the best experience on our website. If you continue to use this site we will assume that you are happy with it. EverythingF1: Driven by fans, for the fans.Ok