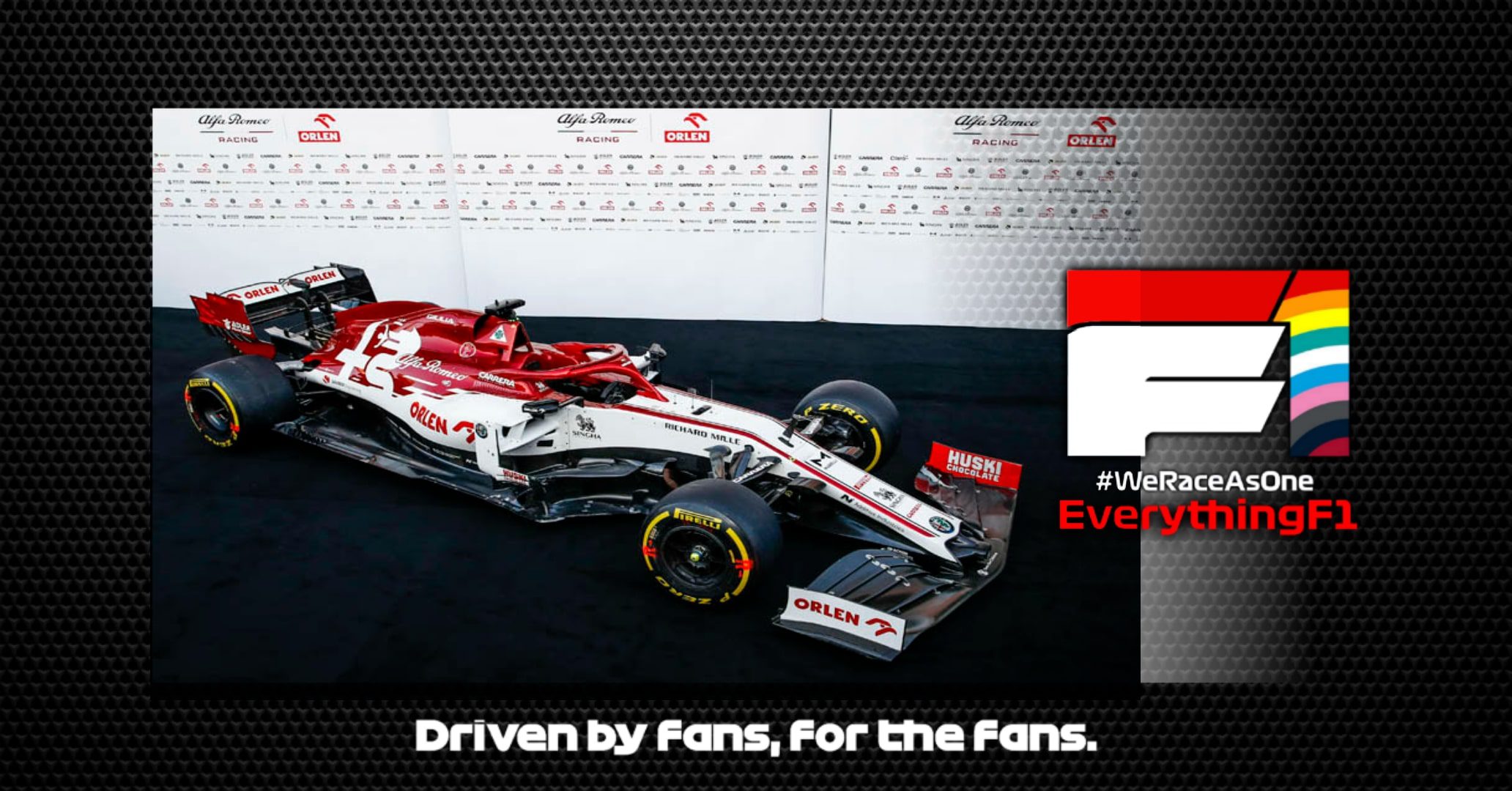 The former Saubar outfit are running their second season with Kimi Raikkonen and Antonio Giovinazzi. Robert Kubica arrives for 2020 as test driver.

Robert Kubica arrives off the back of a pretty terrible season with Williams. The Williams car was a bad car and Kubica just couldn’t get to grips with Formula 1 in 2019. Robert Kubica has built up a reputation within F1 as one of the best at giving feedback to the team regarding the car. For that reason Kubica will prove to be a valuable asset to a team like Alfa Romeo.

Along with a good technical feedback, Kubica brings with him a sponsor in the form of Orlen. As a result Orlen has become the title sponsor, the new team name for 2020 is Alfa Romeo Racing Orlen (catchy!!), the Orlen brand will be displayed on the side pods of the Alfa Romeo C39.

Tatiana Calderon remains as the 2nd test driver, the talented Columbian driver worked with Robert Kubica to help develop the C39. She has been named as ambassador for Alfa Romeo Racing.

For the first time since 1985 an Alfa Romeo branded car took to the grid in Formula 1, Alfa Romeo are linked to Formula 1 history as the team that won the first ever Formula 1 race at Silverstone in 1950, with Nino Farina driving. They have had some of the greatest drivers in the history of F1 behind the wheel including Juan Manuel Fangio and Antonio Ascari. They dominated the first 2 seasons in Formula 1 winning drivers titles in 1950 and 1951, the last victory for the brand was at the 1951 Spanish GP.

The 2019 season saw Kimi Raikkonen and Antonio Giovinazzi driving for Alfa Romeo, Kimi moving over from Ferrari and Giovinazzi retaining his drive from the previous year.

An End of an Era?

When Kimi Raikkonen decided to head to Alfa Romeo for the 2019 season, he signed a 2 year deal. This will be the second year of his 2 year deal. He will also be 41 by the end of the season. Kimi is an enigma, he sings from his own songbook. Trying to predict what Kimi Raikkonen will do is like trying to film the wind, its just pointless, Kimi will do what he wants to do.

The question will be will Kimi want to continue racing in Formula 1, fighting for a handful of top 10 finishes?

I could put my case forward but really, its really more fun just seeing what Kimi will do. I wouldn’t be surprised if he were to sign a 5 year deal with Aston Martin for 2021 any more than if he were to announce his retirement from F1 at the end of the season.

One thing is for sure if Kimi were to retire it will be the end of one of the best era’s of F1, and one of the most beloved characters disappearing from the F1 paddock.

Antonio Giovinazzi, is in the early stages of his F1 career, with 2019 being the first full time drive for the Italian driver.

Antonio should not have been impressed with how his season panned out, his results look worse given how well Kimi drove the sister Alfa. With only 3 top ten finishes and a handful of unforced errors, Antonio needs to improve quickly or he could find his F1 career stalling before its had a chance to warm the tires.

One thing is for sure Formula 1 has ruined so many talented drivers, it is a ruthless sport. Can Antonio rescue his career? Or will he be added to the long list of talented Ex Formula 1 drivers?

What can we expect from Alfa Romeo in 2020, well Kimi will be …well Kimi. Everything else is completely unknown. The long delayed season is finally getting under way this weekend (3rd to 5th July) with most teams bringing cars that are not the cars that the teams would have brought to Australia. It was reported that Renault are bringing upgrades that would have been put on the car for Spain, based on the original calendar.

The season begins very soon and I can’t wait.

If this is Kimi’s last season, all I can say is “Thank You Kimi”.