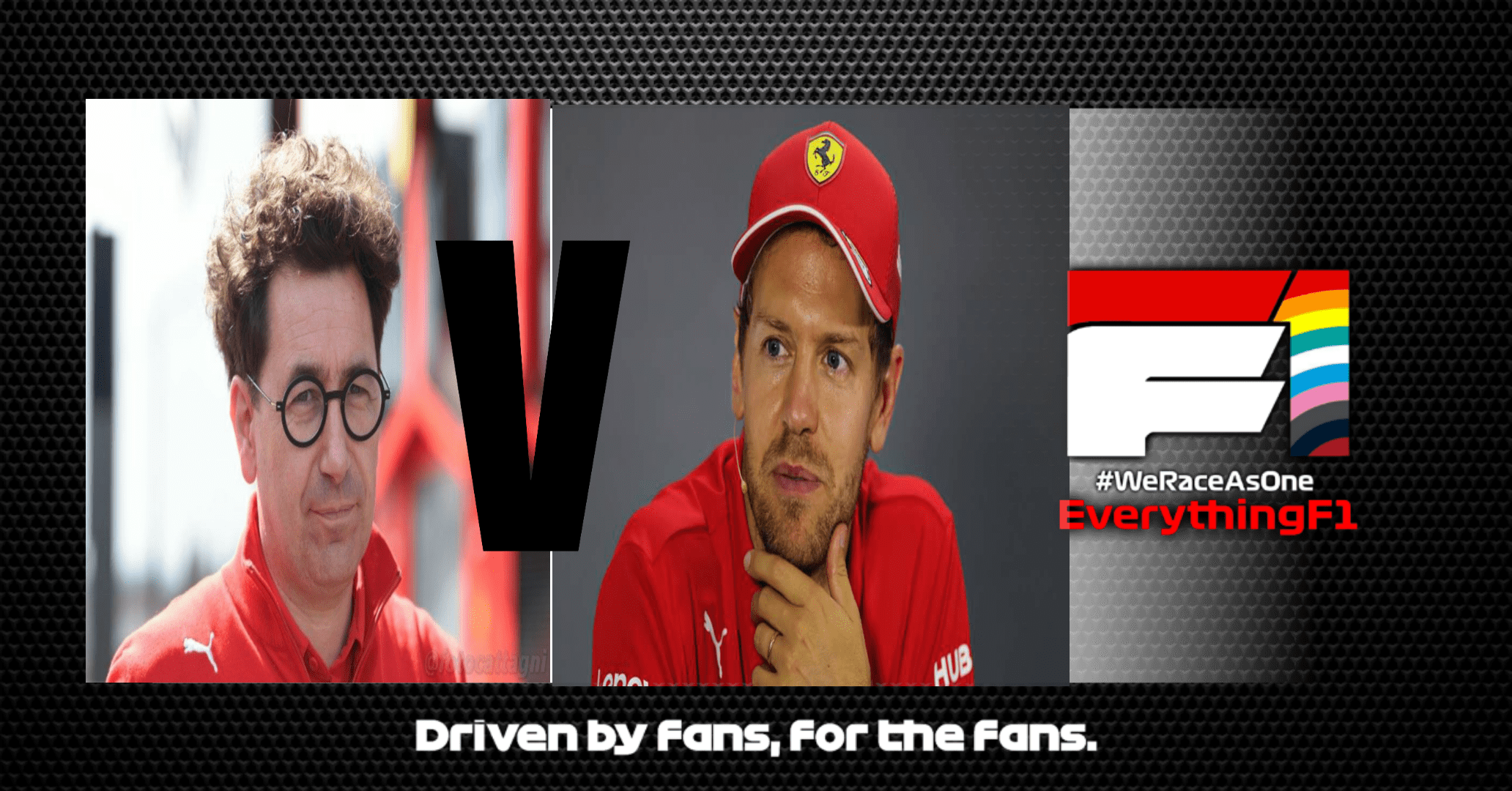 The 2020 season is almost underway this weekend. The drivers have been doing the press interviews discussing all manner of issues.

All eyes and ears turned to one driver and his comments…….

When Sebastian Vettel was asked about the decision not to continue after 2020, he replied in a way that was not expected. It sheds some new light on the relationship between Ferrari and their 4 time world champion.

On the 12th of May it was announced that Sebastian Vettel would not drive for Ferrari after the end of the current deal, which ends in 2020.

The statement seemed to be mutual, alluding to the fact that their relationship had ran its course.

Of course this set the F1 driver market and rumour mill into over drive. When the dust settled, Carlos Sainz had signed to drive for Ferrari along side Charles Leclerc. Giving Ferrari their youngest line up in decades. The now vacant Mclaren seat was promptly filled by Daniel Riccardo, who decided that his Renault gamble had not worked.

The most notable silence in all this was Sebastian, other than the statement made, released on the 12th May, he remained silent on the decision.

Fast forward to Thursday 2nd of July, Sebastian Vettel and Charles Leclerc are on media duties, for the first time this season. This would be the first opportunity for Formula 1 media to ask Sebastian directly, what led to his decision to leave Ferrari.

I’m sure that the answer given, was not expected by the media.

Sebastian explained that Mattia {Binotto}, team principle of Ferrari called him to explain that they were not extending his contract. Ferrari had dumped a 4 time world champion over the phone!!!!

“It was obviously a surprise to me when I got the call from Mattia that there was no further intention from the team to continue.”

“We never got into any discussions, there was never an offer on the table”

This was a surprise in many ways as it flies in the face of the statement released by Sebastian a couple of months ago. Also the way that Ferrari seemed to have dealt with this looks from the outside as extremely disrespectful, after all Sebastian Vettel is a 4 time world champion.

With this being the end of the Ferrari/Vettel partnership, questions were being asked of how will Vettel behave. Will he toe the company line? or would he look after himself?

It would be fair to assume that he would probably toe the line to a point, but make life difficult for the team. After all what can they do if he is leaving?

The revelation made today has added a new layer to this season for Sebastian Vettel and for Ferrari.

Firstly, social media has been pretty firm in their backing of Vettel, agreeing that Ferrari’s treatment of him is nothing less than disrespectful.

To add even more fuel to the fire, a video surfaced online with Vettel and Binotto being interviewed. In the video Mattia Binotto was asked about the contract situation, he replied stating that the Vettel/Leclerc partnership is his first choice and that he hoped a deal could be worked out soon between Ferrari and Vettel.

With Sebastian now saying that an offer was never on the table, at best looks like bad management, at worst looks completely dishonest.

Ferrari have a tough road ahead of them this season trying to beat Mercedes, they have now made things much more difficult, after years of toeing the Ferrari line, at times defending the team, Sebastian Vettel will now be out for himself.

Imagine if the unthinkable happens and Sebastian wins the 2020 drivers title?

That will lead to some awkward conversations …..

This is going to brew and brew!!!!